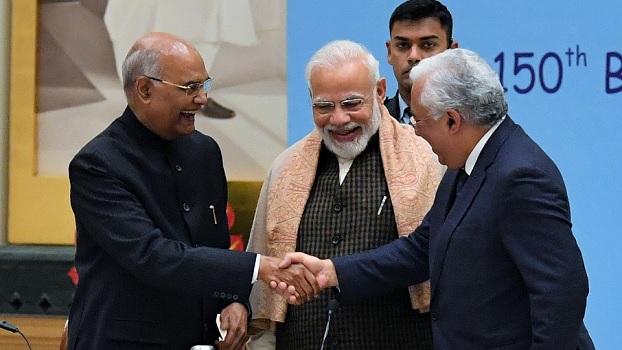 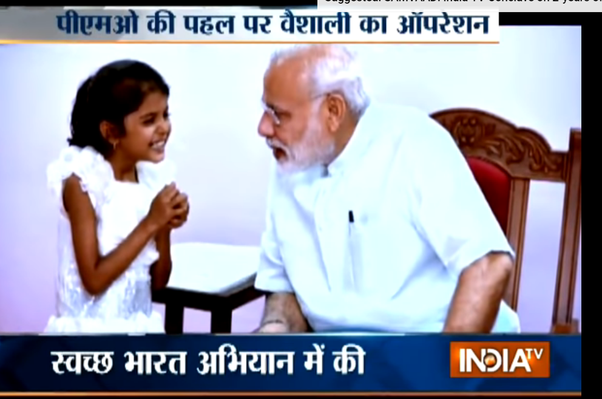 In 2016, this 6 years old little girl Vaishali Yadav from Pune wrote a letter to P.M Modi. She had a hole in her heart which was life-threatening for her. Her family was not in the condition to afford her heart operation. One day Vaishali saw the ‘Beti Bachao Beti Padhao’ Abhiyan on TV and wrote a letter to Prime Minister Modi to help her. P.M.O took the responsibility of her heart surgery and the operation was successful. After this, she requested Modi to meet her and Modi met this little girl with some chocolates and good wishes for her future. 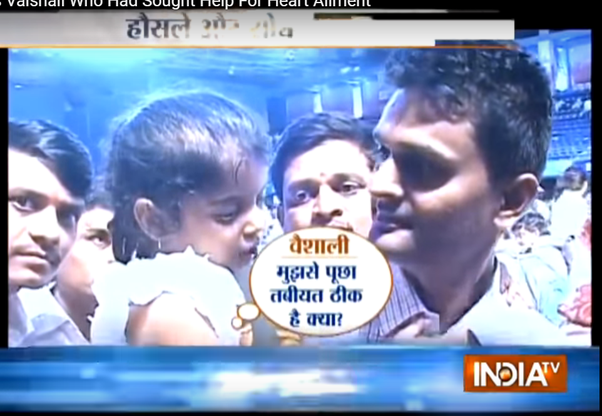 I remember when her father was asked about this he said ‘ This is ‘achhe din’ for us. These things are happening now’’

Another such incident also happened in Agra. A 12-year-old Muslim girl Taiyaba was suffering from heart disease( she had a hole in her heart). 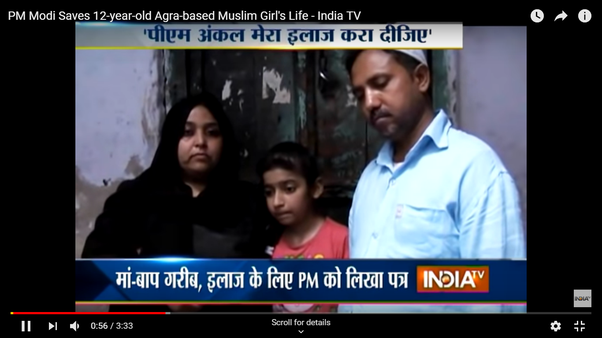 Her family was poor hence she wrote a letter to P.M Narendra Modi to save her life. And Narendra Modi replied to her letter by assuring him to provide appropriate treatment. PMO took the responsibility of her heart surgery and her family had no words to appreciate Modi. They just prayed for the well-being of Narendra Modi. 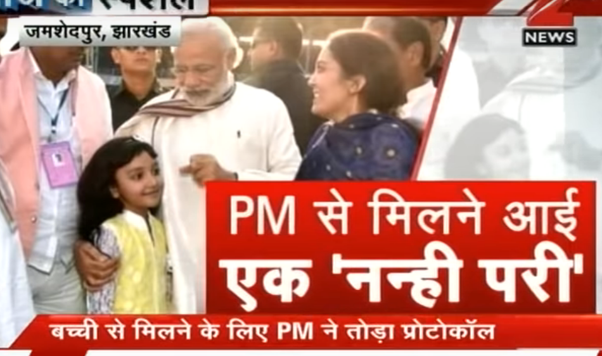 In this picture, Prime minister Modi met a little girl by breaking his security protocol. This girl had lost her father during an election rally of Modi in 2013 due to the bomb blast by terrorists in Patna. P.M. Modi met the girl and told her that he is her father’s friend. 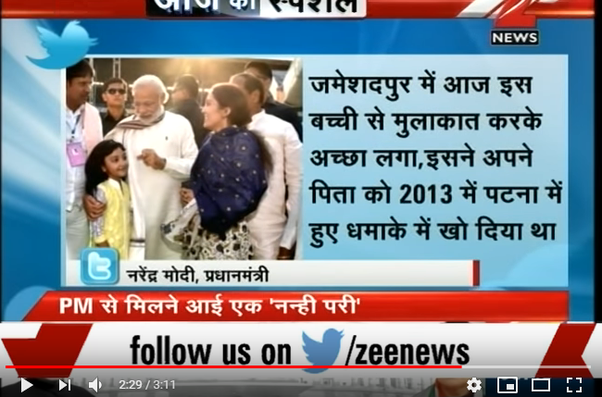 In another event, P.M. Modi showed his greatness by emotionally touching the feet of a 104 years old woman who had sold her goats to build her toilet. 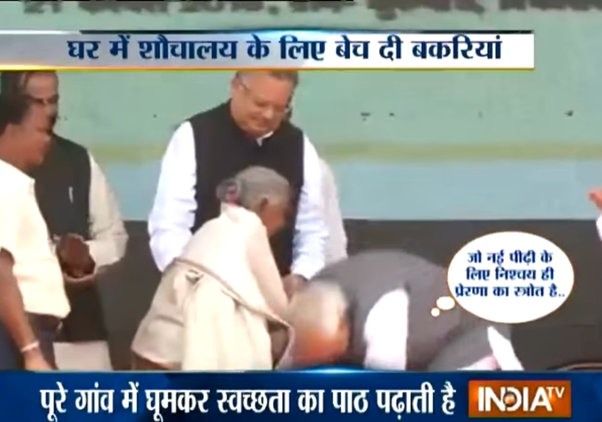 A man who has left his family to serve the nation has done so many great things yet his family members are still living a simple life. He has never tried to help them by using his political position. 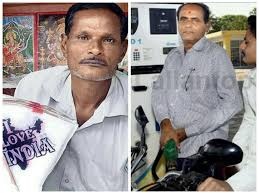 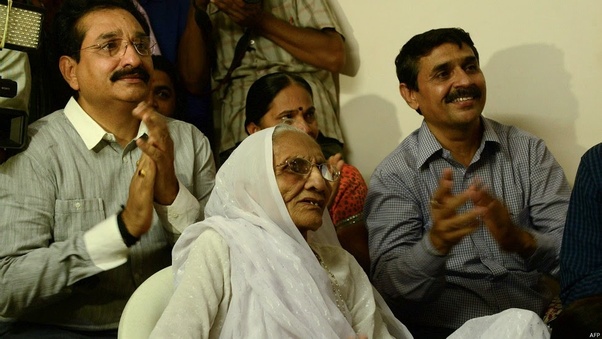 And sometimes he remembers her mother by shedding tears as well… Yet he holds his strength and continues to perform his duty because he love his country more than his family.

Best picture I found on the internet is this one: 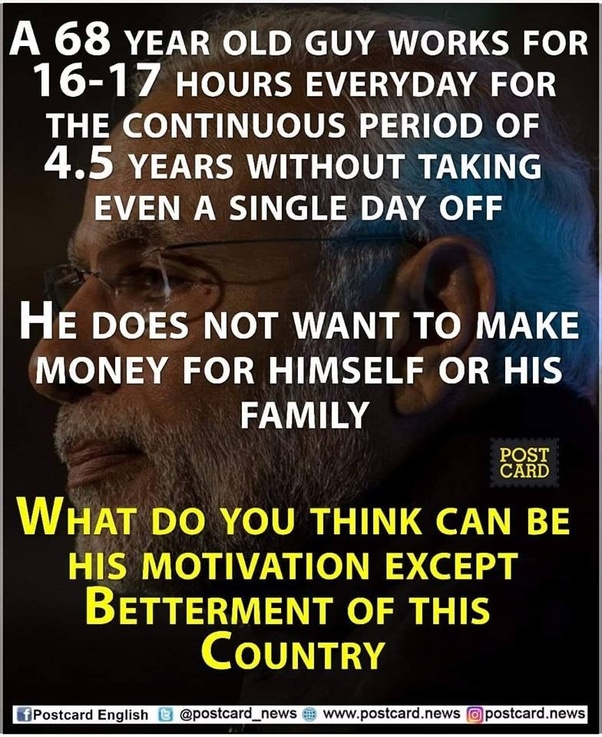 Now what you say about our PM Modi? Please share your thoughts in the comment box.
Jai Hind

What Sonam Kapoor said which inspired young girls about their beauty 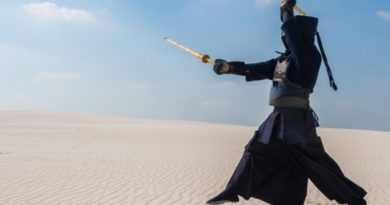 Stop being an Average person and become a Warrior 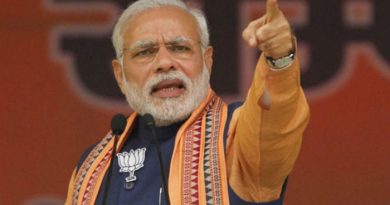 What is so great about PM Narendra Modi? Why Indians are so much fascinated for him?